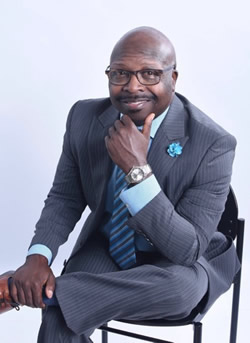 Apostle Thaddeus Brown was born November 5, 1968 to the proud parents of Theodore and Patricia Brown. During his youth, his mother and her friend bathed Apostle Brown in prayer.

He accepted Christ in 1987. Through the years, Thaddeus Brown consistently exemplifies dedication, love and passion in doing the will of God.

He was ordained as an Elder in 1993 under the leadership of Dr. G.E. Bradshaw.

Led by God, he founded his own ministry in May 1997 that has a strong prophetic call with an apostolic dimension entitled, The Father’s Heart Church.

Endeavoring to turn the hearts of the children back to the Father through worship, prayer, teaching and deliverance is a main function of the church.

A mandate is on his life to be a watchmen and gatekeeper in the city of Gary. He oversees various ministries under the umbrella of The Father’s Heart Church.

Apostle Brown truly has the heart of God. He has a strong desire to see people walk in the full manifestation of God’s perfect will.

Apostle Brown is a highly respected leader who has ministered throughout this region impacting the lives of many people.

Apostle Brown is celebrated for being an outstanding mentor as well as for developing strong leadership. He is a divine inspiration to God’s people. 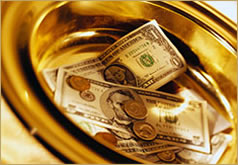